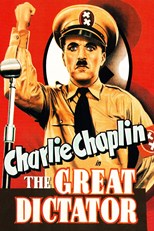 Osama bin Laden is laughing in Hell. He got his way. He won. Let’s admit it and move on.

Bin Laden predicted — correctly, it turns out — that through guerrilla tactics he could transform the Middle East from a place where ruthless American-backed dictators enforced a phony peace into a region where Christian troops would come from the United States to fight Muslim civilians. After a few false starts, he nailed it on Sept. 11, 2001. I was a witness.

Bin Laden’s ultimate goal, though, was not to restart the Crusades, but to destroy the United States. He recognized that Americans had allowed their democratic institutions to become brittle. He thought — again, correctly, it turns out — that he could terrify America enough that it would destroy its own freedoms, like a snake eating its own tail. We have all been witnesses. We continue to be.

I have remained silent here for several weeks. Privately, I have counseled people to look at what the new administration does, and not listen to a single word of what its leader says.

And so here we are, less than two weeks into the new regime, and he orders a ban on a bunch of Muslims. He calls this “temporary” (90 days, 120 days, whatever). That’s just a word. Don’t listen to a single word that he says. Temporary is meaningless. A ban is a ban. Since he can extend it unilaterally, it is in fact permanent until revoked.

This is how bullies work. How the Fascists worked. How neofascists work. Get used to it.

Consider the trial balloon for Muslim internment camps. What, you don’t remember that? Well, it happened. And it didn’t fly. The nature of trial balloons is that they are deniable. Ideally, they come with plausible deniability. In this case the denial was pretty absurd, but hey, it’s been denied. “We didn’t really mean it.”

So what else has the leader done in his first days in office? He gutted the State Department. Top officials’ pro forma resignations were accepted with no plans to replace them. Every American ambassador in the world fired. Again, just “temporary”. Don’t listen to the words, look at the actions.

As with most authoritarianism, power is concentrated in a tight cabal. Steve Bannon named to the National Security Council. The people who actually know something about national security? Out.

And speaking of trial balloons, a post by Yonatan Zunger, “Trial Balloon for a Coup?“, is worth a read. As part of the Muslim ban, the leader apparently ordered immigration officials to ignore court orders.

When the courts are ignored, everything becomes an issue of raw power. During the campaign, the leader suggested committing war crimes to address the Mideast problem. Michael Hayden, a former general and director of the National Security Agency and Central Intelligence Agency, demurred, saying that troops would disobey an illegal order. I laughed out loud.

Substituting force for the rule of law is the essence of a coup d’état. And yes, it can happen in the United States. If a democracy must rely on the military’s decision to disobey an illegal direct order, game over.

This is how it works.

Now the leader has fired the Acting Attorney General for openly questioning the legality of the Muslim ban. Richard Nixon did much the same, with the Saturday Night Massacre, when he ordered Attorney General Elliot Richardson to fire the special prosecutor appointed to investigate Watergate crimes. Richardson resigned instead. His deputy, William Ruckelshaus, automatically became Acting Attorney General. Nixon gave the same order. Ruckelshaus, too, resigned. Robert Bork was next in line, and complied with Nixon.

That stoked the impeachment fires, but it would be another nine months before Nixon resigned in disgrace, his efforts to undermine American democracy repudiated not just by the people, but by his own party.

The problem, as Zunger points out, is that this more closely parallels 1933 than 1973.

I’m reading this as “1933 playbook continues on schedule, pace slightly higher than last time: something between maybe 1.2x and 2x, but without the possibility of a major land war to show up on the horizon.”

Hitler consolidated power during his first five months in office in 1933. In a recent article, Die Zeit, quoting André François-Poncet (the French ambassador to Germany at the time), noted that with a puff of Hitler’s breath, the institutions of German democracy then “collapsed like a house of cards”. The White House cabal knows it has a six-month “honeymoon” period to get things in place.

A good friend of mine, who died during the leader’s rise to power, said he was more like Berlusconi than Mussolini. I hope she was right, but I fear she was not. The good news is that people in countries like France, horrified, are asking things like, Could Marine Le Pen do something like that if elected? She could and she would, and worse. So perhaps the reaction will lead to some sanity elsewhere.

Despite Zunger’s dismissal of the idea, a ground war is possible, most likely in Europe. A friend recently pooh-poohed the idea that Putin would attack Europe. What’s in it for him?

Well, let’s say he needs “breathing space” against NATO encroachment. The rest of Ukraine (he already has Crimea) and Transnistria and Belarus for starters. And Putin needs a land corridor to Kaliningrad. That means a slice of Lithuania. In keeping with the leader’s campaign promises, expect NATO to be eviscerated. Will its remnants go to war over a small strip of Lithuania? Did the world care about the Sudetenland?

So, in a situation of powerless and unmanageability, made worse by fear and projection of future calamity, what’s a spiritual person to do?

As I tell my friends, hope for the best and prepare for the worst.