I bought my first Chicago Cubs cap in 1969. I was 14 years old, and like many teenage boys, when I was passionate about something I would not be swayed. 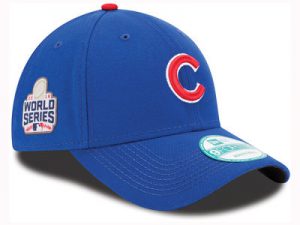 The Cubs had been miserable since before I was born. My earliest baseball memories from home are from 1959, when the White Sox were in the World Series and my brothers were cheering for this team, which I considered foreign. After all, they were from the South Side, as exotic and distant as Mars or Cincinnati. I was four years old.

In 1966, the Cubs finished in the second division for the 20th straight year.

Then along came 1967. The Cubs won 87 games! They finished 13 games above .500! Little matter than they finished in third place, 14 games behind their intense rivals, the St. Louis Cardinals, who went on to win the World Series. For the first time in my lifetime, the Cubs were NOT a second-division team!

The season before, 1966, had been particularly embarrassing to me as a budding Cubs fan, because they had finished 10th, the first team ever to finish below the atrocious New York Mets. For a few years we had been able to look down on them. Now we were looking up. It felt awful. People talked about the Cubs as “lovable losers.” Lovable, yes, but we always looked for them to win. And we were always disappointed. We learned loyalty. Unfortunately, we didn’t have to learn about good sportsmanship. We were never going to rub our foes’ noses in the ground.

1968 rolled around, and *again* the Cubs finished well above .500, again in the first division. And again in third place, 13 games behind the Cardinals. Oh well, next year….

And next year was weird. The league expanded to 12 teams, which was deemed unwieldy, so it split into two divisions, the East and the West. The Cubs couldn’t win the pennant outright; first they had to win the East Division and beat the winner of the West Division in the Pennant Series, which they referred to by the too-long and odd phrase “League Championship Series.” No matter. The Cubs were going to win today. That was one of the lyrics in their song, “Hey Hey, Holy Mackerel,” an allusion to Jack Brickhouse, the Cubs’ TV broadcaster, who greeted each Cub home run with “Hey hey!”

The Cubs’ division had a newcomer doormat, the Montreal Expos, and the lowly Mets, so the focus would need to be on the powerful Cardinals and the two Pennsylvania teams, the Phillies and the Pirates. The Cubs had a tremendous start, with a lead of eight and a half games in August, surprisingly over the Mets, who had pulled themselves together. No worries. Until the collapse. You can read about it. The Mets won the division by eight games and went on to take the pennant and the World Series.

So, 1970 arrives, and I still have my Cubs cap from the previous year. Broken-hearted, yes, and a part of me died in 1969, but I had my memento to keep hope alive. Surely 1970 would be the year. Another second-place finish, this time to the Pirates.

1971. Opening day, against the Cardinals, Fergie Jenkins vs. Bob Gibson, an amazing pitchers’ duel. Largest opening day crowd ever at Wrigley, if memory serves, 39,079. I was there. After 9 innings, the score is 1-1. And both starters are there for the 10th! You don’t see that any more. Fergie shuts them down in the 10th. Bottom of the 10th, one out, Billy Williams ends it with a home run. What a great start to what’s going to be a great season. Well, not so great. Third place, 14 games back.

During the World Series, I was in New York, so I took a side trip to Chicago just to be outside Wrigley Field for Game 3. I bought a new Cubs cap, one with the World Series logo stitched to it. (Take a look at the photo. Beautiful, isn’t it?) The Cubs lost a 1-0 nail-biter. I feared that would be the swing game, giving the Cleveland Indians the momentum they needed. Then the Cubs lost Game 4. Oh well, at least nobody could take away our pennant. The Cubs had to win Game 5 at home, which they did, but they still had to win both the last two games in Cleveland. And then the Indians collapsed in comical, Cub-like fashion, letting a ball fall between two outfielders en route to a huge loss. That inning was the decider. No way the Indians could come back. And sure enough, in Game 7 the Cubs held a 6-3 lead with two out in the bottom of the eighth. Four outs to go. Then the Indians scored a run. And two more. 6-6. Yet another miserable Cub loss?

No way. Rain delay. 10th inning. Cubs score two! Is it over? Not yet. Indians batting. They get one run back. Two out. It comes down, literally, to the last batter. Out.

The Cubs are World Champions! As I wrote to a fellow Cubs fan, we did it! That’s the we as in the greater Cubs family. The players on the field are an important part of that, but not the start and finish. There’s not a single Cubs fan alive today who saw the last championship, in 1908. We are indeed blessed.

And now we can learn the lessons of sportsmanship. The Indians were worthy opponents. They have nothing to be ashamed of.

As for the Cubs, they’re a young club with a bright future. That age-old phrase of the Cubs fan still applies, but in a new context:

WAIT TILL NEXT YEAR!